Sunmeditation is the liberation of humanity from the dark sleep of ignorance of our spiritual existence that allows us to find the harmony and beauty of life.

We humans have become accustomed to experiencing that life is connected with joyless restrictions and painful bondages. With the eyes to the outer Sun, we awaken the Inner Sun, thus removing the shadows that lie on our thoughts, feelings and our body.

This unique method leads to mental peace, emotional balance and physical health, for advanced practitioners to Self-Realization, known as samadhi or enlightenment, and to the coming to life of the Godman within us, also called the Buddha-, Rainbow-, Dragonbody or Christ Consciousness.

Sun meditation can be practiced by beginners as well as advanced, no prior knowledge or preparation is necessary. Sun meditation has no limits in time, duration or application like all other methods and only after two days of the workshop, you are able to continue to practice independently, to deepen the connection to the sun and thus to your heart, the seat of the Self.

In many cultures, religions and self-knowledge practices, meditations on the sun and the light were a mostly misunderstood or secret practice. This workshop will teach and practice Sunmeditation, the most effective method in my experience, and for comparison and completeness, all other currently discovered methods in theory and practice, that are called Sunyoga, Solaryoga, Surya Yoga, Sungazing & Light Meditation. Sunmeditation is the only one that is taught purely on a donation basis always and everywhere and has solved all restrictions, such as the need to observe the afterglow or the need for indirect practice without direct view of the sun. However, if you want to take an initial step towards intellectual or practical steps, the following is recommended:

In the workshop we will discuss and apply the following techniques:

“Honor” comes from the word “shine”, “shine” again from “light”.

The possibilities of Sunmeditation with & without the help of the sun:

After this workshop, you will be able to continue practicing independently and you will not need another workshop to deepen your connection and knowledge of the sun.

I started the Sungazing practice in 2009 as one of the first in Europe and finished the protocol two years later with ultimately 90 minutes direct glimpse into the sun, the double time allowed with this technique. At this time, I discovered that the practice with the sun offers much more potential – if you deal with it properly – more than any of all meditations I knew since then. After such a long duration of the effect of light on one’s own being, I experienced effects in all bodies such as extreme mental silence, emotional ecstasy in love, joy and peace, as well as physically a natural Pranayama: the complete stopping of the breath for longer periods. 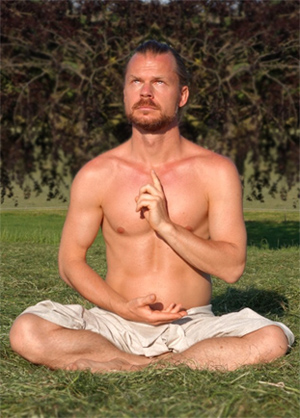 All these were effects, which were later confirmed in Sunyoga of Sunyogi Umasankar. I brought this extraordinary Yogi to Europe for the first time in 2011 and organized his European workshops in the first years. I operated his english and german website and was the first to be appointed by him as a Sunyoga teacher. For several years I taught this in many countries. During this time some websites and a book were published, and I did my own research, which had its climax in self-realization during a longer retreat in the Thai monastery Wat Pa Tam Wua on 13.12.2013. Here I practiced Vipassana, Sunyoga and two of my own methods: The “Trinity” and “SAM” that practiced and researched “Spontaneous Animamotion” in parallel. The longest period I spent with direct view into the sun was 5 hours without interruption and without blindness, proven by a german eye doctor.

During an extraordinary solar meditation after my annual Tenerife Intensive Workshop the name “Abuna Semai” had been given to me in a dialogue with the sun, which was to be my teacher name from now on, and I was told to always teach on a donation basis and only when I was called.
I was never a fan of spiritual names, but since this came directly from the sun, I just couldn’t refuse.

Since then, I have taught Sunmeditation workshops worldwide without secular or spiritual entanglements – the knowledge is free, available to everyone, and is continually being deepened. The method has so far been simplified and deepened compared to Sungazing and Sunyoga in such a way that it received the more appropriate name: Sunmeditation.

Please be punctual, as we begin with the practice in the morning sun. After the course there is the possibility to meditate together again at 3 pm (recommended!). Duration of meditation: 1 hour, if the weather fits and we have not practiced before.

“… today was the end of the first 7day cycle for SAM and also sun meditation, i plan on going until probably a 40 day cycle. In sam practice [spontaneous movement], it is very clearing, i can describe it as a dirty mirror being cleansed so truth may be seen clearly. Many times after practice i get really amazing realizations about trinity [divine qualities in unity] and how to ‘be’ although it lasts only little, but in 2 cases when this happened and also an external issue was occuring, by implementing the method realized it dissolved so smoothly. I can tell it is still sometime for real results, but it is best mixed with sun meditation because either alone are relatively less powerful in effect, and together also help me decrease food intake by 50-60% if not more, and also with meditation it helps to get more in tune with trinity state. … Also, not only does it assist in v. less food but also ease of transition to light food, and no sugar.”
Salma

„Wow … i just want to express dmy immense gratitude for having met u and how grateful i am and that i feel so blessed, and that really since march’s 2 sessions about sun & freewill my life has definitely took a marvelous turn and exciting and totally fresh & new and really thanks to u, and for sure i would love if for further more …“
Salma

„This is a big change. I can’t believe this is happening to me in one week. Everything has changed. My energy, my body, the way I look. It’s beyond my expectations (even though) I don’t put expectations. Such a gift is given to us. I wish people can enjoy it and can benefit from this as well.“
Dr. Nawal

“I am as newborn by the sun. Everyone should try that!”
Luka

“Whenever I sungaze, I’m always and always quiet and happy. Often I notice how I have much more energy. In the summer, when I started and I was able to ‘refuel’ sun every day, I also needed less sleep. During the day, I am much more balanced and friendly. ”
Holger

“My life has changed a lot. Before, I was constantly worried even if I was relatively well. It’s over. Inner peace, inner stability, joy, balance and joy are swept into my life. My food needs have been greatly reduced, but at the same time I am changing my food to raw food, slowly adapting my body to another form of nutrition. My life has become so much more bright. ”
Lichtträger

“It was as if the light were emitted as in waves or in impulsive impulses, difficult to describe. And the coolest thing was that my feet started getting warm. … I do not know if it was just the joy of the first exciting experience or lay directly at the Sungazing but I was very good mood all day! 🙂 ”
Philipp

“Yesterday I had a nice animal experience. So appreciated from the 25th minute a deer came to the garden fence and looked at me interested in the Sungazing – it was about 5m away from me. When my dog decided to drive it away, it moved away for a few meters, but then returned a few minutes later. ”
Gitta P. from Neuenkirchen, Germany

“Since June last year, I am a light-eater and live alone from Prana and solar energy.”
Mikan

“One week ago, I visited a workshop in Vorarlberg and since then there has been a lot of work inside and inside. * My physical complaints, which I had for more than two months, no doctor could tell me where the problem was and also I did not get why I had complaints are now gone! * My senses feel sharpened. I can hear better and the taste of the food is more intense. * Regarding the topic of nutrition, what has also done … I need less food and eat (more) more consciously than before. * I have so much energy that I need much less sleep, in everyday life is much fitter and I can concentrate better. The energy is in such abundance that I give my current roommate (who needs a lot of sleep and often energyless because she works as a kindergarten teacher) each morning a dose. Within seconds, her state of mind and her fitness change and she can tackle the day again properly. This energy is a new one that I have not known so far, and for a long time, this energy also holds on to my roommate – really until the evening. (According to her statement) * I am life-threatening, laugh more, worry less, and am in absolute flow (that’s how it feels at least). * I am pleased the following: I find step by step more to me. Old patterns and blockages dissolve in air and I become more intuitive. Specifically, it looks like I’m just doing it without thinking about it in my head. I have never worked with energies (if only unconsciously) and do not know how to do “right”. But if I now work with it, then I go to the thing simply without thinking whether that is now “correct” or “wrong”. And on the results one can see that it works. The moment I work with it feels right and right. (The whole thing is totally exciting because my head lags behind and does not understand the things the heart has long understood). From the heart I can recommend this workshop to everyone. According to my personal assessment I have only very little knowledge of what can compete with this degree of geniality. Sunny greetings ;)”
Anna 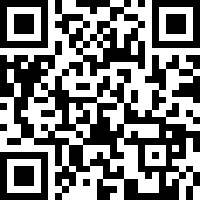